Here's some news on local breweries. Got intel on a new spot opening up near you? Send a note through the tipline. 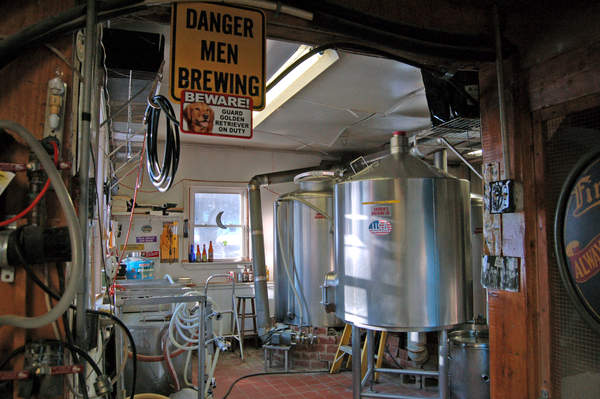 1) Skowhegan: Launched May 3 with a pale ale and a double IPA, Bigelow Brewing Company became Skowhegan's second brewery, joining Oak Pond Brewing Company. Owners Jeff and Pam Powers were "awed by the awesome turn out" at the opening. The company's motto is "Out with the horses, in with the brew," a reference to the former horse barn that houses the new brewing facility.

2) Lincolnville Beach: Andrew's Brewing Company was Maine's 5th post-prohibition brewery when it opened in Lincolnville in 1992. On May 1, the company held a soft opening of its new Andrews Brew Pub inside The Lobster Pound Restaurant. The 58-year-old Lincolnville Beach fixture will continue serving the traditional fare patrons expect, alongside beer made in-house by brewers Andrew Hazen and his son Ben Hazen. The brew pub's new website promises that the 2014 menu is coming soon.

3) York: SoMe Brewing Company in York began releasing limited quantities of 22-ounce bottles to retail accounts in April. The labels have a blank space for the name of the beer to be stamped or written in by hand, allowing the company flexibility. New fermenters are on their way to the brewery as well.
—Adam H. Callaghan
Andrews Brewing Company. [Photo]