Bray's Brew Pub is For Sale

Share All sharing options for: Bray's Brew Pub is For Sale

Though the impression given by the company's website is one of "business as usual," Bray's Brew Pub & Eatery, home to Bray's Brewing Company, is advertised in the latest edition of Ale Street News. The Naples brew pub has been for sale since at least January, according to a discussion on Chowhound. Interested parties are instructed to contact owners Mike and Sonja or their broker, Nancy Hanson. It's unclear at this time why the owners are selling, though as of last summer the pub had fewer draft lines filled with its own beers than in the past.

Readers, weigh in: What would you like to see happen with this property? The location seems like a difficult one in which to thrive, but Bray's has been there for almost 20 years. Should the new ownership carry on with no changes? Is there a particular brewery that needs to expand with a kitchen, or perhaps a restaurant that should really be making its own beer? 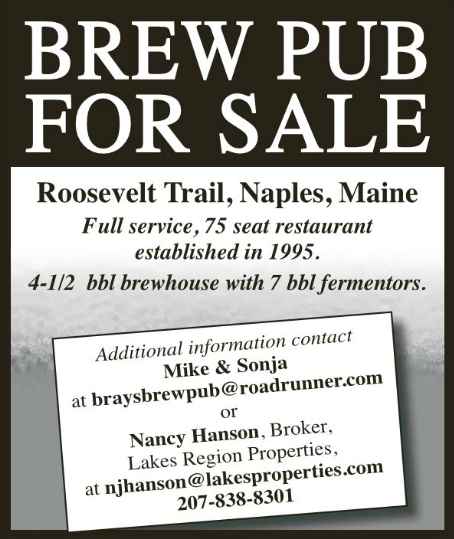