Dobrá Tea Finally has Windows, a Tea Safe in its Fabulous new Location

Photos of Dobrá Tea's progress, culminating in an opening either Friday or Saturday.

Share All sharing options for: Dobrá Tea Finally has Windows, a Tea Safe in its Fabulous new Location

First announced in August, Dobrá Tea's move from 151 Middle Street to 89 Exchange Street in Portland is nearly complete. Co-owner Ellen Kanner said yesterday that while she and her partner Ray Marcotte would love to open the doors Friday, they should be ready for the public on Saturday at the latest.

The big change comes three and a half years after the Portland location of Dobrá (a Czech-based franchise) arrived downtown, specializing in whole-leaf loose tea. A press release announcing this weekend's reopening stated that the owners are particularly excited about the new location's "marble tile floor, fireplace, big beautiful windows and fabulous location on Exchange Street. It is the block they desired when first looking for a space in 2010, and are so happy to have it now."

Another intriguing feature of the interior, which formerly held Aucocisco Galleries, is a walk-in safe which will be labeled "tea safe" and used for product storage. Staff members were able to crack the combination code; the door, however, doesn't sit right, so it will be a conversation piece rather than a protective measure. 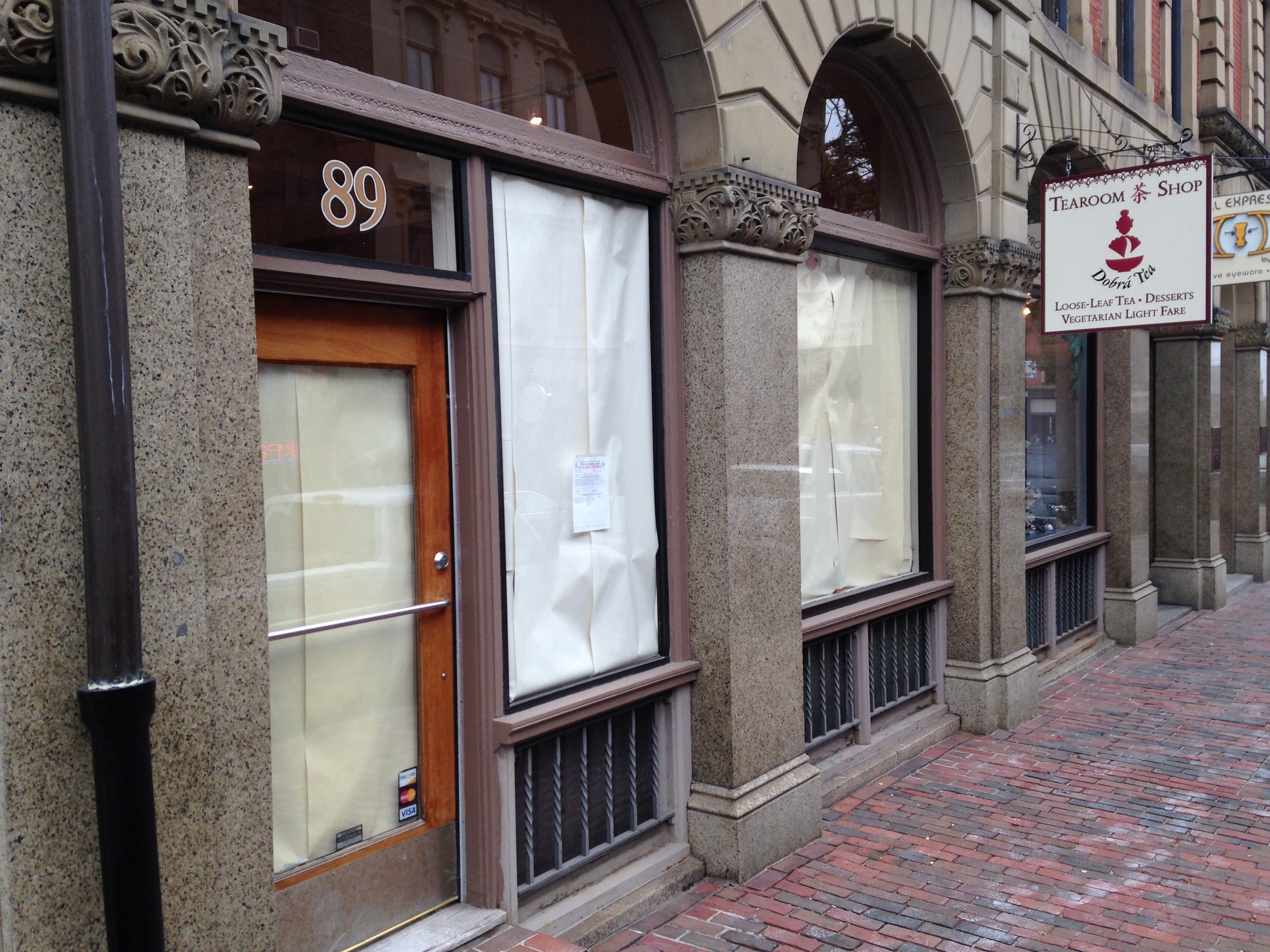 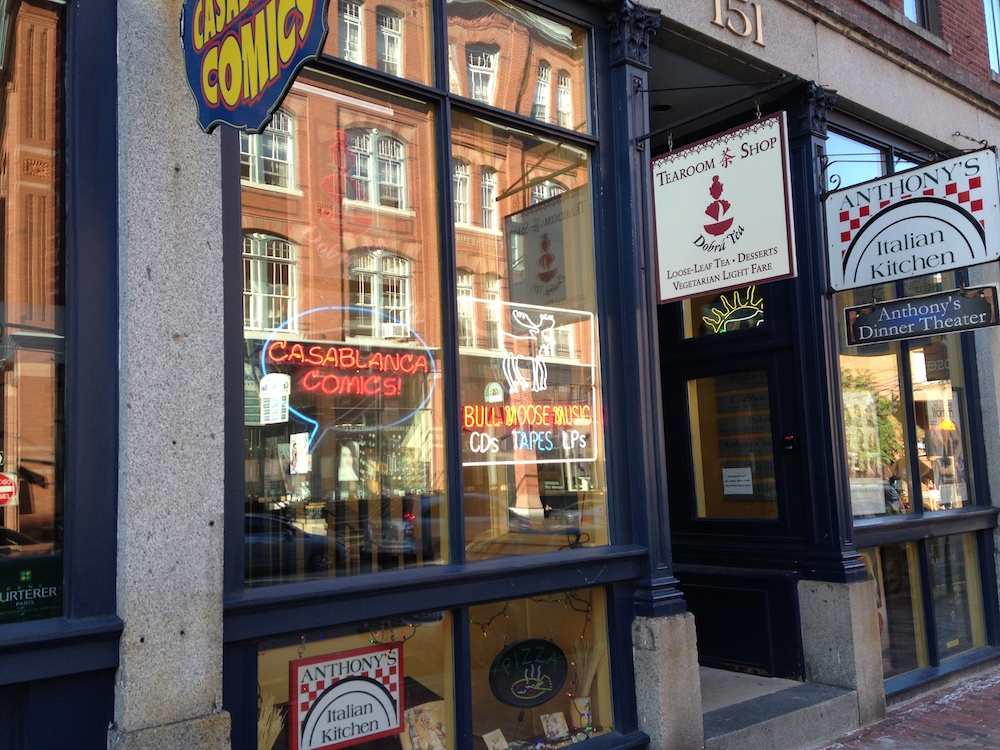