The Portland City Council is considering The King's Head's application for a restaurant/lounge license at tonight's meeting. The application filing (first unearthed by Meredith Goad on the Press Herald's Maine a la Carte blog) posted on the city's website reveals a bit more about the somewhat mysterious restaurant coming to the first floor of the Pierce Atwood building on Merrill's Wharf, including a sample menu and some potentially exciting news for local beer aficionados.

In the letter of intent, owners Rick Binet and Justin O'Connor say,

The King's Head will provide diners with the kind of relaxing, convivial atmosphere that spurs a feeling of community and a sense of ownership and pride in our patrons.Our product mix will include locally sourced produce and beverages to the utmost extent possible.

We intend to draw on Portland's history in the execution of the buildout. Maritime and historical themes will be prevalent. The fixtures in the customer areas will be vintage and or antique wherever possible.

According to application, the restaurant will serve "classical American cuisine" seven days a week from 11 a.m. to 1 p.m. The targeted opening date is listed as October 15. The blueprint calls for 78 seats, 26 of which are at the bar. Here's the sample menu: 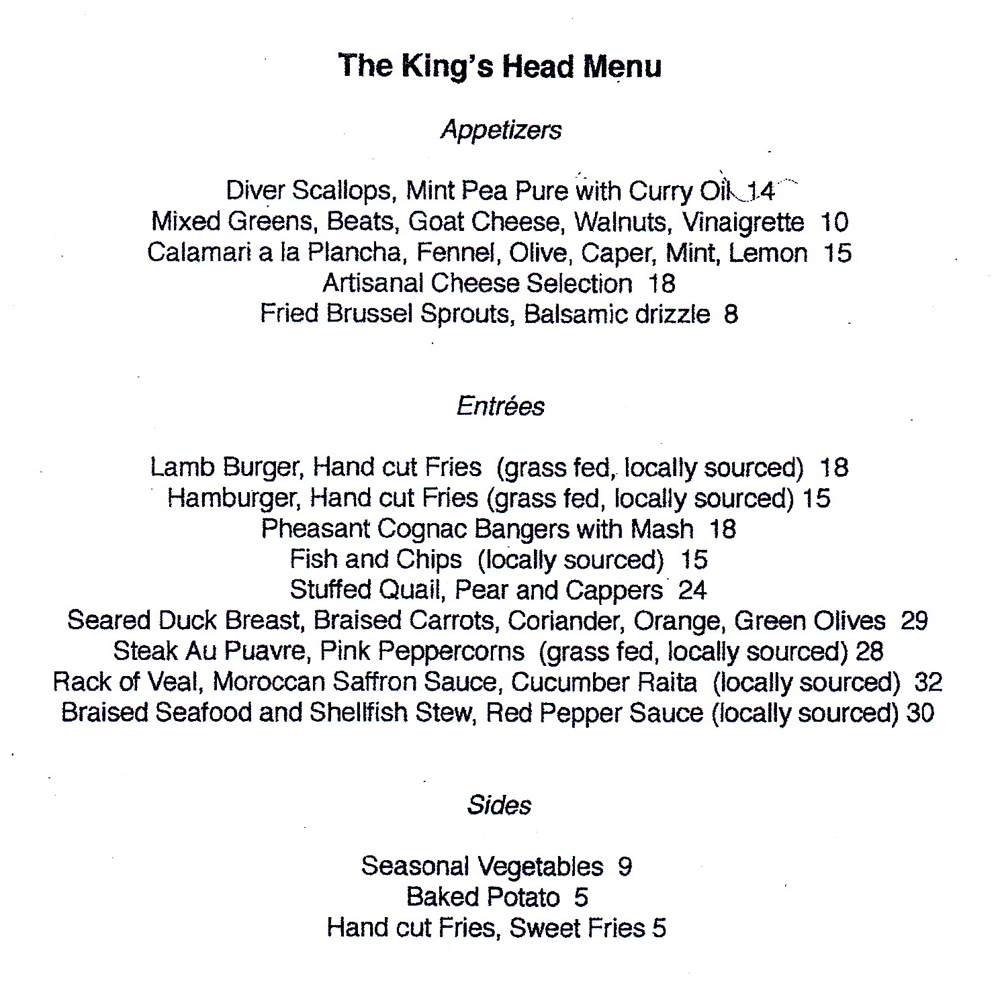