Share All sharing options for: Maine's 10 Most Anticipated Fall Openings

There's a slew of exciting new restaurant openings coming to Maine this fall. Here's your handy guide to keep track of the places that you'll need to try out, including Jay Villani's Salvage BBQ, Damian Sansonetti's Piccolo, Masa Miyake's Miyake Diner, and lots more, from burgers to doughnuts to craft cocktails. 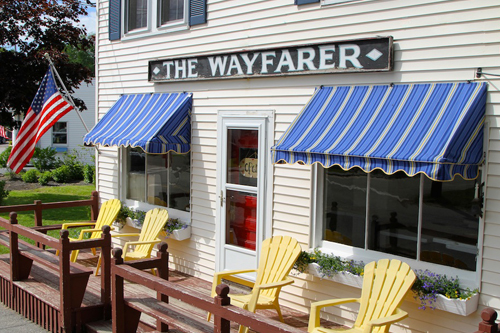 The Wayfarer
2 Pier Road
Projected Opening: August 31
Under new ownership, The Wayfarer, in the village of Cape Porpoise, has undergone an extensive renovation and has a new chef in Brendan Levin. Levin has spent the last seven years in Charleston, S.C., most recently as chef de cuisine at the highly regarded Oak Steakhouse. According to Levin, "We will be serving classics that are simply done well, using as many local products as possible." The restaurant will be open year-round, serving breakfast, lunch and dinner.
[Photo: Courtesy of The Wayfarer] 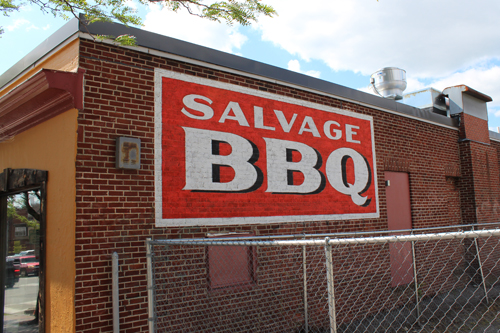 Salvage BBQ
919 Congress Street
Projected Opening: September 1
Jay Villani's barbecue joint, located in the old Portland Architectural Salvage building, will offer counter take-out, along with plenty of seating at picnic-style tables and benches and along a bar that features 19 beer taps. Check out the photos here. Villani and Co. toured the country, seeking out the best barbecue from all over in the name of research for the Salvage menu. 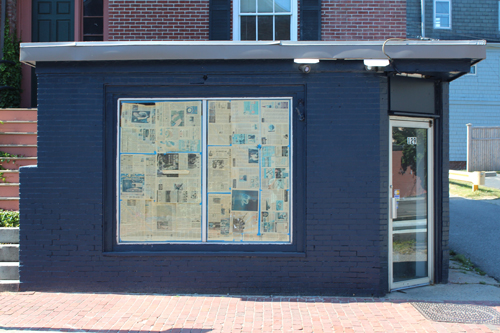 Miyake Diner
120 Spring Street
Projected Opening: mid September
Masa Miyake's third Portland restaurant will open at the site of his original Food Factory Miyake. The tiny "izakaya-style" spot from Miyake and business partner William Garfield will seat 16 and will focus on sake and small plates, according to the Bangor Daily News. "There won't be any sushi on the menu, nor gyoza, ramen or pork buns," the paper says. 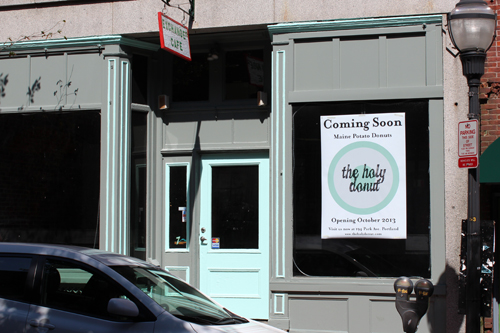 Holy Donut
7 Exchange Street
Projected Opening: October 1
Leigh Kellis is adding a second location and bringing her hugely popular Maine potato doughnuts to the Old Port. The new shop will offer espresso drinks, which the original Park Avenue location does not have, along with the delicious doughnuts in flavors like Allen's Coffee Brandy, Bacon-Cheddar, Mojito Glazed and Lobster. Yup, Lobster 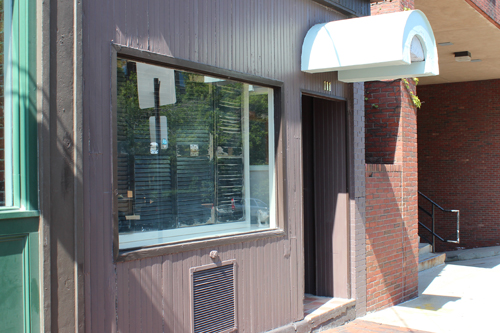 Piccolo
111 Middle Street
Projected Opening: early September
Damian Sansonetti (presently of Blue Rooster Food Co. and formerly of Bar Boulud in NYC) and wife Ilma Lopez are opening a small Italian restaurant in the old Bresca space. The menu will have a "country, farmhouse style" with influences from Calabria and Abruzzi. Lopez, the former pastry chef at Grace, will handle the desserts. Sansonetti previously spoke with Eater at length about the inspiration behind Piccolo. 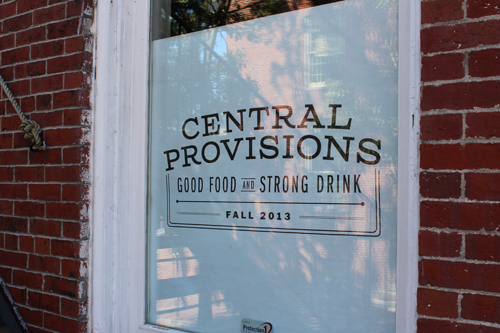 Central Provisions
414 Fore Street
Projected Opening: October
Chris Gould, previously chef at Uni in Boston, is in the midst of an extensive renovation of the old brick building on the corner of Fore and Dana streets. Once complete, he'll offer 20 seats at the bar and 35 in the dining room upstairs. The paper on the windows reads "Good Food and Strong Drink." Craft beer and cocktails will accompany shareable small plates. Check out a sample menu here. 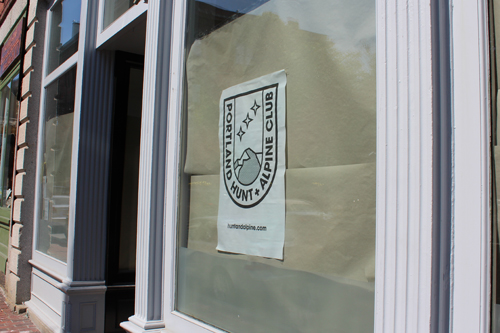 Portland Hunt & Alpine Club
75 Market Street
Projected Opening: September
A serious craft cocktail bar from Andrew and Briana Volk, Portland Hunt & Alpine Club will seat 50 in the main area, with a small, private lodge that is open to members only. Booze will be the focus here, but the food menu is by no means an afterthought. According to the Facebook page, the menu has a "Scandinavian Gastropub" theme, with "cured fish and meats, brown breads, rye crackers, open-face sandwiches, a pickle program and much more." 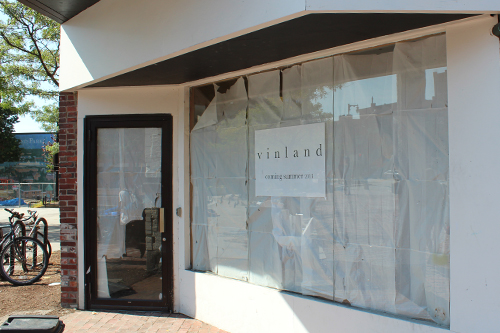 Vinland
593 Congress Street
Projected Opening: November 1
David Levi is taking the farm-to-table concept to the extreme with his fine-dining, Nordic-inspired restaurant, which will source all its ingredients locally (save for coffee, tea, beer and wine). Products like lemons, cane sugar and olive oil won't be used since they aren't sourced locally. There will be an open kitchen visible from the dining room, along with some bar seating. Vinland will feature a tasting menu, along with some a la carte options. 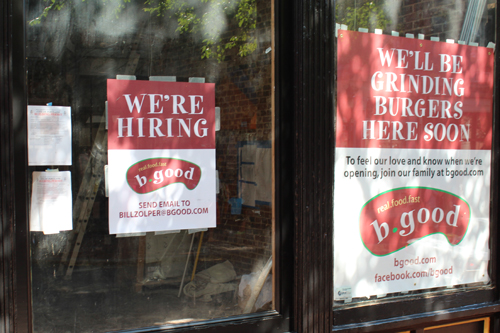 B.good
15 Exchange Street
Projected Opening: September 18
This will be the Boston-based burger chain's first Maine location. The menu will offer burgers of the ham-, turkey and veggie varieties, along with grilled chicken sandwiches, fries, salads and shakes. Ingredients will be sourced locally. For instance, beef and cheese will come from Pineland Farms and Spiller Farms will provide seasonal produce. Wine and local beer will be served, a first for a B.good franchise location. 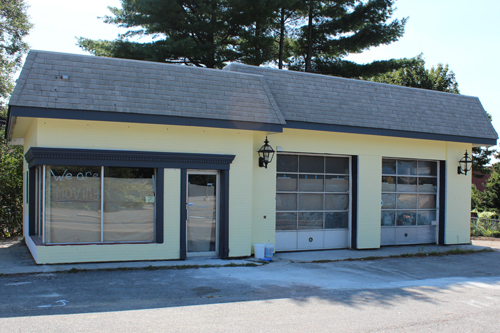 Otto Pizza
159 Cottage Road
Projected Opening: September
The Portland-based pizza chain that also has Boston-area locations is adding a SoPo spot in an old gas station across from Red's Dairy Freeze. Otto began humbly on Congress Street just a few years back, but expanded the original location, added another a ways down the street, and opened a delivery-only spot, also in Portland. The thin-crust pizza in inventive combinations like mashed potato-bacon-scallion and butternut squash-ricotta-cranberry has been a hit in Boston as well, with three locations there and another on the way.
[Photos by Tom Minervino unless otherwise noted]