Share All sharing options for: The 10 Most-Anticipated Spring/Summer Openings

This post has been updated: It's been an impressive little boom in new restaurants - in Portland and elsewhere in Maine - over the past few months. But wait, there's more. Tonight, Annemarie Ahearn debuts her Salt Water Farm at Union Hallin Rockport. On May 15, empire builder David Turin opens his fourth and fifth restaurants, David's KPT and David's Opus The, in Kennebunkport, where the Kennebunkport Resort Collection is collaborating with Turin and two other chefs to bump up their restaurant portfolio. In Portland, Harding Lee Smith is close to unveiling the new incarnation of Boone's Fish House and Oyster Room and Chris Gould has finally found a building for his small plates concept. And that's not nearly all ... waffles, anyone? 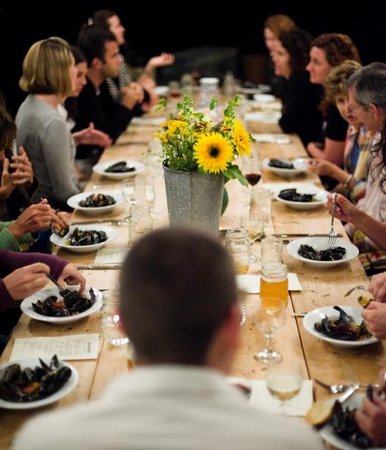 Salt Water Farm at Union Hall
24 Central Street
Chef: Justin Bartlett
Projected Opening: Tonight at 5.
The next step in Annemarie Ahern's impressive career as a chef, farmer, local food advocate and cooking teacher, her Rockport harbor restaurant will be open for breakfast, lunch and dinner, with Bartlett at the helm. "Our kitchen prepares simple, nourishing food using ingredients that honor their time and place," according to the website.
[Salt Water Farm at Union Hall] 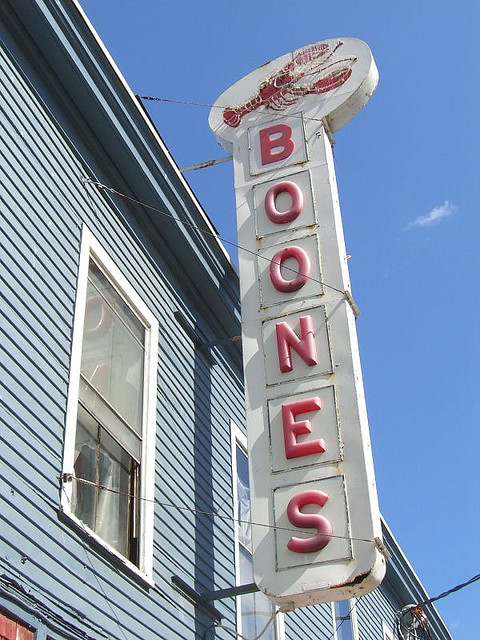 Boone's Fish House & Oyster Room
86 Commercial Street
Chef: Harding Lee Smith
Projected Opening: Late May
On famously ramshackle Custom House Wharf, the large space for what will be the fourth of Smith's "Rooms" has required extensive renovation. But he expects to be open in time for high tourist season, advertising for staff this week on Craigslist. In December, Smith told The Portland Press Herald's Meredith Goad that Boone's will be a "full-service, mid-scale seafood restaurant with outdoor dining, an oyster bar on the second floor and a fireplace to keep things cozy for the locals in winter."
[Boone's/ Flickr] 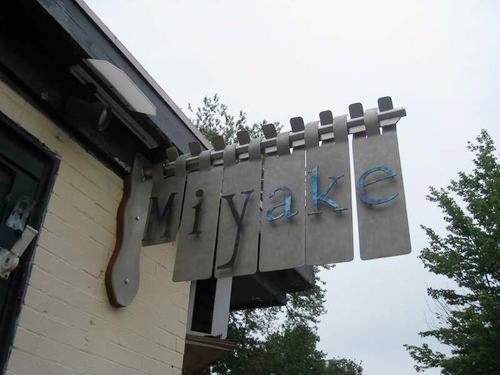 Food Factory Miyake
129 Spring Street
Chef: Masa Miyake
Projected Opening: June 1
There will be just 16 seats at Portland's sushi master's reopened original location - 10 at the bar and 6 at a communal table. In his application for a liquor license last month, Miyake said he "would be serving food the entire time the space was open to avoid becoming considered a bar rather than a restaurant." The menu of "Japanese comfort food" will be available for dine-in only. 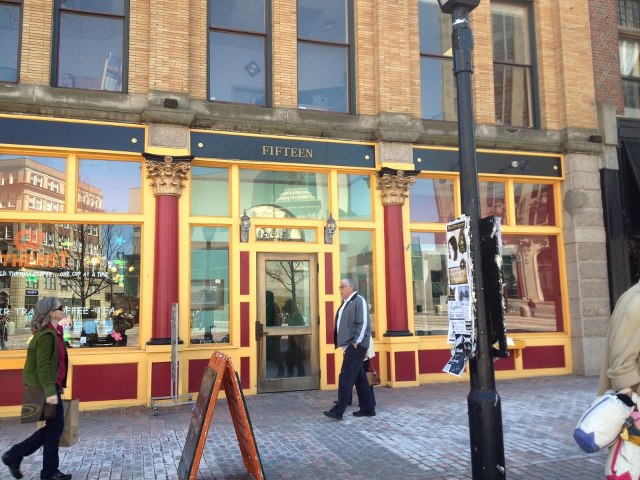 Wannawaf
15 Monument Square
Chef: Anya Arsenault
Projected Opening: June 7
Waffles both sweet and savory are front and center at the second (and first year-round) location of Arsenault's popular Boothbay Harbor shop. The menu includes "her signature breakfast waffle, with eggs and bacon cooked in the waffle and a take on the Southern classic, chicken and waffles - popcorn fried chicken inside a waffle, served with gravy or maple syrup, according to PPH's Maine ala Carte blog.
[Wannawaf/Facebook] 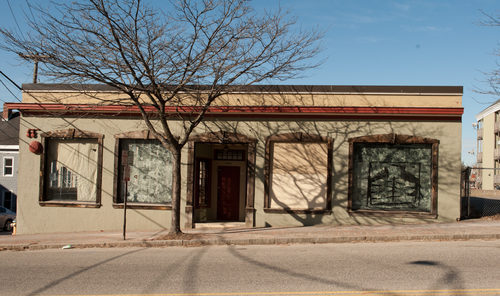 Salvage BBQ & Smokehouse
919 Congress Street
Chef: Jay Villani
Projected Opening: June
While they've been building out the former Portland Architectural Salvage building (thus, the name), Villani and his crew have been touring barbecue joints in North Carolina and Texas, looking to bring the real deal to Maine. Earlier this year, he told Eater that "on the main floor, there will be about 100 seats at picnic tables, a long bar, partially open kitchen and what he calls a "Little League banquette" along the back wall for large groups."
[Salvage BBQ/Ted Axelrod] 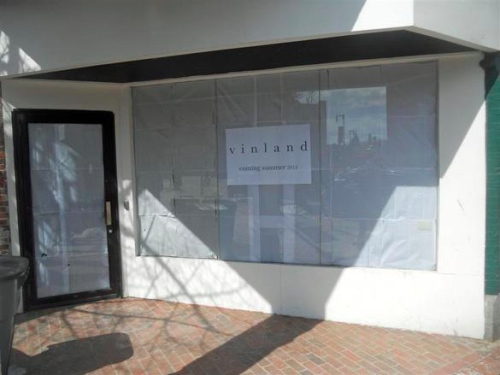 Vinland
593 Congress Street
Chef: David Levi
Projected Opening: June
Perhaps the most ambitious project in Portland is Levi's hyper-local restaurant, now under construction in the Arts District. Everything will be sourced locally, with the exception of wine and coffee. It's been in the works (conceptually) for about a year; here's Eater's conversation with Levi last June.
[Vinland/Facebook] 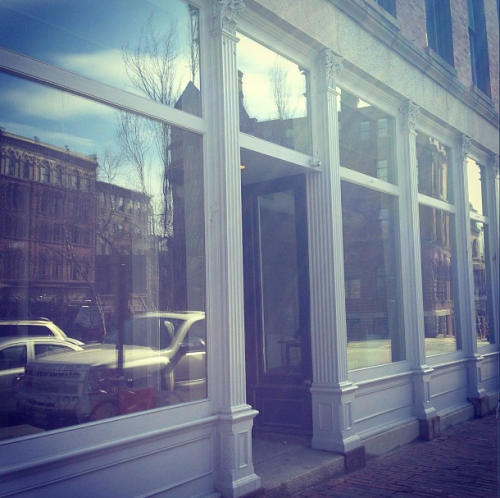 Portland Hunt & Alpine Club
75 Market Street
Proprietors:Andrew and Briana Volk
Projected Opening: Late June/early July
A sure-to-be-stylish cocktail bar from a former bartender at the super-cool Clyde Common in Portland Ore. will be something different for the Old Port. Its owners told Eater last month that there will be 50 seats in the main room and 10-12 in the private Lodge Room. Andrew Volk is quoted in the May issue of Dispatch magazine saying "We want the Portland Hunt & Alpine Club to be a place where people can go to get a great drink and to chat about the geekier side of cocktails."
[Portland Hunt & Alpine Club/Facebook] 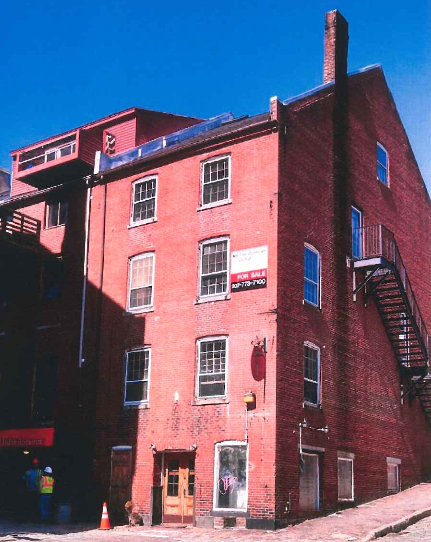 Unnamed
414 Fore Street
Chef: Chris Gould
Projected Opening: Late summer
The former chef at Boston's celebrated Uni surprised everyone by announcing last summer that he planned to open a restaurant in Portland, telling PPH's Meredith Goad that "it will be like tapas-style small plates, but it's not going to be necessarily Spanish or French or Italian" and that it would fulfill a need for late-night dining. He's finally found a location, according to PPH's Maine ala Carte blog, but one that needs significant work to turn into a restaurant.
[Chris Gould's/Maine ala Carte] 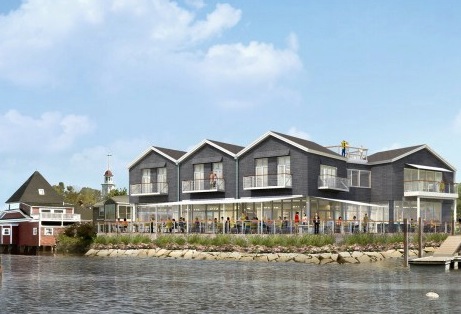 David's KPT and David's Opus Ten
21 Ocean Avenue
Chef: David Turin
Projected Opening: May 15
Turin's 200-seat restaurant, in the boutique Boathouse Hotel, has panoramic windows and an expansive outdoor deck," according to a press release from the Kennebunkport Resort Collection. "Diners can sit at an arched mahogany bar made of reclaimed wood from The Landing (the previous restaurant on the site) and "the kitchen is set behind an expansive shelving of wine bottles, with subtle openings allowing guests to catch a glimpse of the energy of the kitchen." Like his Portland restaurant-within-a-restaurant, David's Opus Ten Kennebunkport will have 20 seats and a prix-fixed, multi-course menu.
[David's KPT and David's Opus Ten] 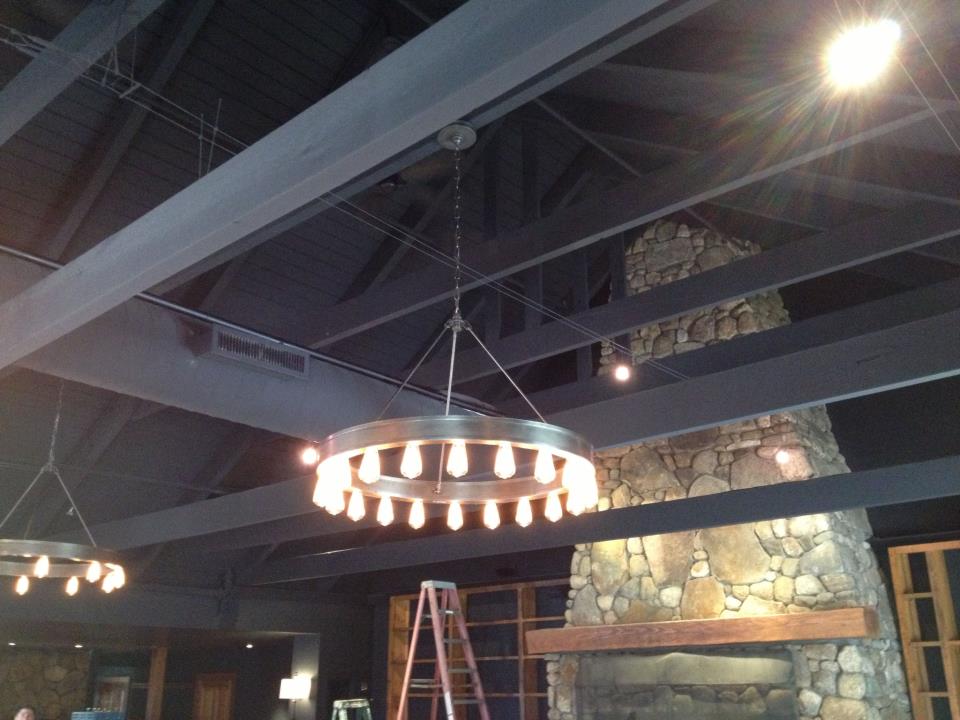 Abbondante
27 Western Ave.
Chef: David Ross
Projected Opening: May 22
In another partnership with the Kennebunkport Resort Collection, David Ross and his wife, Merrilee Paul, owners of 50 Local and Owen's Farmhouse, are opening an Italian eatery in the former Grissini space. Eater reported last month that "Abbondante has a large stone fireplace, a communal table, a cocktail bar upstairs and a terrace with outdoor seating.
[Abbondante/Facebook]