EXCLUSIVE — A little more than a month after she opened the instantly popular neighborhood pub, Little Tap House owner Lee Goyette has made some massive changes, replacing Andrew Kadish with Kerry Motta in the kitchen, expanding the dinner menu and adding lunch. Motta, whose Facebook page says his most recent post was special events chef at the Inn on Peaks Island, has designed the new menu, which goes into effect tonight and includes soups, salads, rack of lamb, beef shoulder loin and ravioli in addition to the previous menu's pub standards. Both dinner and lunch menus "focus on even more locally sourced meat and veggies and aim to incorporate craft beer into the dishes themselves," according to an email from manager Briana Jaro. As for Kadish, he will "head up product development for a fall 2013 venture" with Goyette, Jaro said. 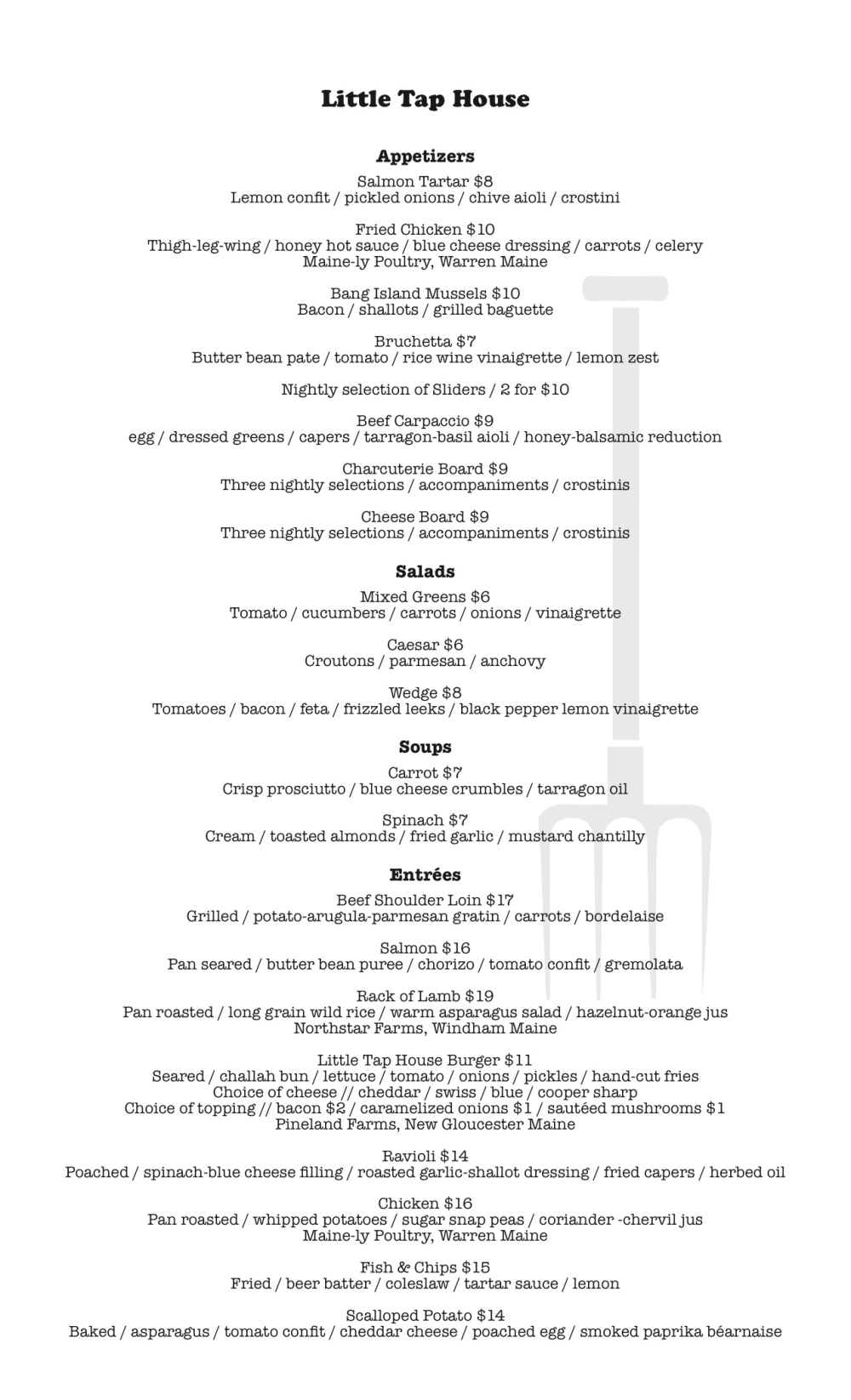