BREAKING: Carmen At The Danforth Closed For Good

Share All sharing options for: BREAKING: Carmen At The Danforth Closed For Good 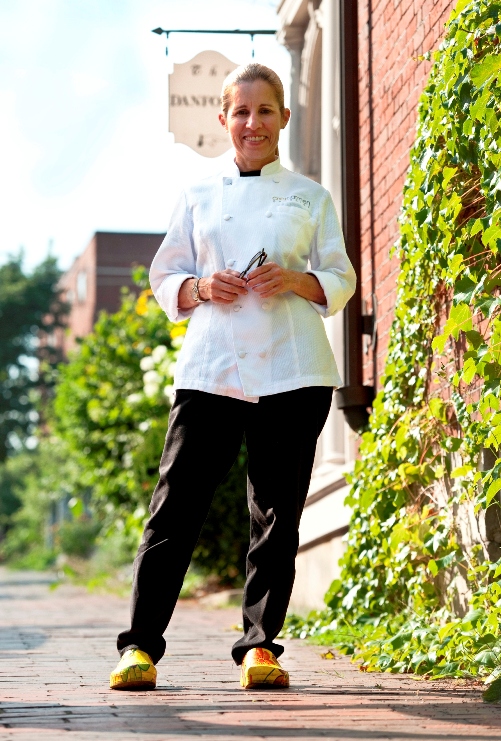 Carmen at The Danforth, one of the most highly acclaimed restaurants to open in Maine in the last year, has permanently shuttered. The restaurant has been closed for the last couple of months for repairs to the kitchen mandated by the city, specifically, replacing the entire hood system — which pulls smoke and grease-laden air out and draws fresh air in. Today, chef Carmen Gonzalez told Eater that she and Inn owner Kim Swan "have been exploring every other option," but made the painful decision not to continue. "Because of the historical aspect of the building, it's too expensive and we just can't support it."
Here is the official statement from Gonzalez and Swan:

After exploring all of our options, we have not been able to solve a problem in our kitchen that has been recently pointed out to us by the fire department and historical society. The cost of fixing the issue is much more than we can support and, at this time, we're not able to re-open Carmen at the Danforth. We do thank all of our guests that warmly welcomed the restaurant to Portland.

"I changed my life to go to Portland," said Gonzalez, a veteran restaurateur and contestant on Top Chef Masters, Season Two who moved to Maine last spring and opened the restaurant in partnership with Swan in May. "It absolutely breaks my heart."

Carmen at The Danforth – Eater Maine's Restaurant of the Year, 2012 - was an instant hit, garnering rave reviews from every major publication in the state and more accolades for Gonzalez, whose first restaurant, in Miami, was also critically acclaimed. Local diners immediately warmed to the Puerto Rican-born chef's Latin-inspired food, which was unlike anything else in the city. "I sold more bacalaitos (her signature salt cod fritters) in Maine than I did in Miami," Gonzalez said. Tucked away up on the West End, it was also off the beaten path. But people found their way to what blogger John Golden (then of DownEast magazine) called a "thoroughly captivating dining venue," including special dinners with well known guest chefs Tony Mantuano of Chicago and Barbara Lynch of Boston.

With sadness in her voice, the chef said she has "gone back home" to New York, where she is doing pop-up dinners and figuring out her next step. Even while she was running her Portland restaurant, she was busy with other projects, filming her Spanish language TV show La Chispa de Chef Carmen Gonzalez, serving on the Nutrisystem Culinary Council and as a member of "Chefs for Women," an initiative launched by the James Beard Foundation to nurture female culinary talent.

"I'm extremely appreciative and grateful," she said. I'm like one of those kids' toys that you punch down and it pops back up."

Carmen at The Danforth