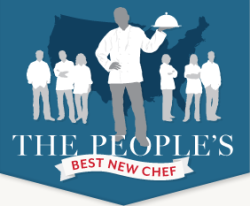 It's been quite a ride for Eventide Oyster Co. Since the Portland oyster bar opened in June, it has: been praised by every media outlet from Bangor to Boston; won a coveted 2012 Eater Award for "So Hot Right Now;" named by Food & Wine magazine editor Dana Cowin to her personal list of "Best Restaurants of 2012;" and the latest good news — chefs Andrew Taylor and Mike Wiley are nominated for Food & Wine's "People's Best New Chef." Wiley and Taylor want your vote. They need your vote. The great state of Maine needs your vote. One hundred chefs are in the running - 10 from each of 10 regions. So get busy and vote today!