Industry Experts on the Top Newcomers of 2013

If you buy something from an Eater link, Vox Media may earn a commission. See our ethics policy.

Share All sharing options for: Industry Experts on the Top Newcomers of 2013

As is the tradition at Eater, our closeout of the year is a survey of friends, food writers, reviewers and bloggers. This year, we asked the group eight questions. Earlier today, they weighed in on their restaurant standbys of 2013. Next up: top newcomers. Responses are listed in no particular order; all are cut, pasted and unedited herein. Readers, please do add your survey answers in the comments. 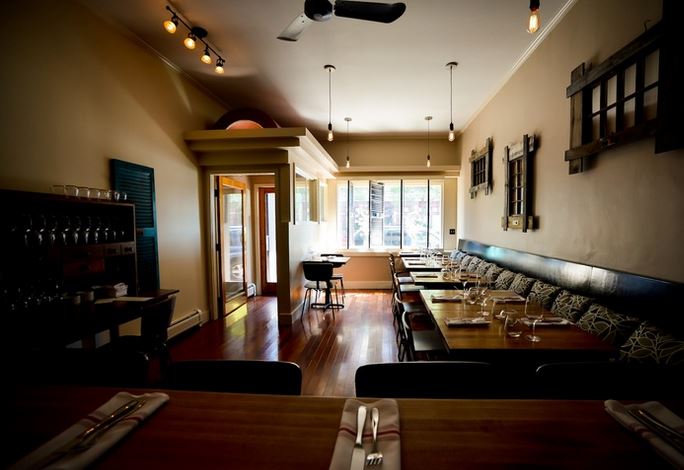 Piccolo got a lot of love as a top newcomer. [Photo]

So many newcomers, so little time. I really enjoyed Piccolo.

Too many to limit to one: all tied for first place would be Boone's, Piccolo, Empire Chinese and Hugo's

In my area, I like GiGi's in York Beach. It was opened by RJ Joyce and James Woodhouse, two young men who are not only creative and innovative bartenders but terrific hosts. The restaurant retains some of the decor of its former business--Blue Sky at York Beach--with lots of modern white and sleekness--but they warmed it up quite a bit with just a few touches. That all fits into the contemporary Italian food they offer. The feeling of welcome and hospitality is a big draw for me and dishes like chicken marsala and papardelle bolognese shine. Beautiful view, too.

For me, it's a tie. Professionally, I'd have to say Empire because there's nothing else like it in Portland. (I can't wait until Cara Stadler of Tao Yuan brings her dim sum to the West End next year.) Personally, I'd say Salvage BBQ because Jay Villani is making great pulled pork and he fed me hush puppies, which brought up all kinds of childhood memories. But this is a hard category because we also saw the openings of Piccolo, which is excellent, and Boone's, an ambitious project that brought new life to a tired old restaurant space on the waterfront.

Piccolo. Portland (and maybe even the state) doesn't have anything else like it. Damian is cooking soulful Italian food, the service is both warm and professional, Ilma's desserts are killer and I just wish I could get there more often!

Michael: My favorite newcomer of 2013 is Small Axe Truck. During the summer, a Saturday breakfast from Small Axe, with a Tandem coffee and a trip to the farmers market was standard operating procedure.

Meredith: Once The Portland Hunt & Alpine Club opened, it quickly became my go-to place for amazing drinks. Of course, the great food, inviting atmosphere, and friendly service are just icing on the cake. It's the place I'm quickest to recommend when planning to meet with friends in the Old Port.

While I have not eaten there, from everything I have read and heard Piccolo is on my very, very short list of "Have To Get There Soon."