Welcome to Front & Center, a series highlighting front of the house professionals in Maine restaurants. Right now, Rachel Forrest, food writer and restaurant critic for The Portsmouth Herald, writes about Al Mead, a barman at The Black Birch in Kittery. 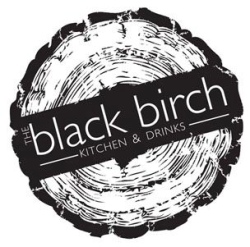 Meet Al Mead. When friends and I talk about the bartender and sometimes server at The Black Birch in Kittery, Maine, it's Al Mead, not Al or Alex. Quite a few people will get behind the bar at The Birch. Gavin Beaudry and Ben Lord are the proprietors and the main masterminds behind the eclectic beer list and innovative cocktails but they have to run the whole show. Dustin is often behind the bar there too and he's great but well—I mean, It's Al Mead!

I just tell Al Mead what I'm having for dinner and he'll match it up with the right drink. It could be some crazy beer they just put on tap with an IBU so high I'm shocked into a bitter-induced daze or a mellow, chocolatey stout to go along with my donut. He might suggest a rich red wine or one of the from scratch cocktails on the list. Even better, it might be something he just makes up right then and there. You'll have the perfect pairing throughout the meal from a snack of pickles and deviled eggs to the poutine with duck confit or brick chicken (which they'd better get back on the menu soon before I lose my mind). When shaking the cocktails, Al Mead has this little movement he does, a small twisting along with the up and down in his hands so slight that it's almost undetectable. I keep watching to figure out if this unique movement might have any effect on the cocktail but I'm not ready to release my results. More research needed.

Mixing a cocktail and pairing drinks with your meal is what every good bartender should be able to do so personality is key too. Al Mead is a quiet guy, in general. He wears button down shirts and keeps his blond hair cut fairly short, leaving a bit of a wave which gives him an anachronistic charm. He's very smart. I can bring up any topic and he'll be able to talk about it, especially art and music and talking about anything is a characteristic every bartender needs. His arid, parched, dust bowl of a sense of humor is another draw for me. It's dry humor, sure, but a subtle and kind sense of humor.

He's a musician and artist and co-owns Buoy, a contemporary art gallery next door. They often have shows or music "happenings", so he's a big part of the "alternative" culture in the area and brings a bit of the NYC art scene to our little old Seacoast. I once called him a "hipster" and I think I actually hurt his feelings. He's not a hipster, he's an artist. Not at all the same.

At The Birch they play only vinyl and Al Mead's knowledge of music is astounding. It's another part of being a great bartender at The Birch. You must know your music and be able to change the album without looking like you're doing so. I start to sound like some strange bird calling out, "What's that? What's that?" over and over when I hear something new. From Sergio Mendes to Bowie, Ziggy Stardust era, I'll hear something from the past I've never encountered or an album so familiar I know the words to every single song. Yes, I do sing them aloud. His happiness at seeing us all enjoy an album he loves is heartwarming, almost as heartwarming as seeing his dad sitting at the end of the bar beaming as Al Mead froths up some magic in his frosty silver cocktail shaker.